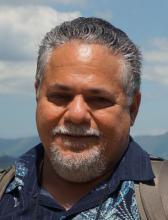 Hello everyone!  My name is Rod Ruiz and I have been teaching for EMCC since the fall of 2008.  In addition to being an adjunct faculty member, I am a 28+ year veteran of the Phoenix Police Department.  Depending on the semester, I teach any of a number of AJS classes to include: AJS-101 Introduction to Criminal Justice, AJS-113 Criminal Justice Crime Control Policies and Practices, AJS-192 Serial Killers and Mass Murderers, AJS-200 Current Issues in Criminal Justice, AJS-230 The Police Function, and AJS-258 Victimology and Crisis Management.  I also previously taught AJS-249 Community Policing, AJS-270 Police and Community Relations, and AJS-131 Police Management Techniques I.

After serving three years with the Arizona Department of Corrections as a correctional service officer, I joined the Phoenix Police Department in 1990.  I started out as a patrol officer as we all do and graduated to field training officer within a few years.  I later spent a short time in undercover assignments before transferring to the investigations division in 1999.  While there, I served in detective assignments in the Domestic Violence Detail, Property Crimes Detail, and Sex Crimes Detail before transferring to the Airport Bureau in 2010.  I retired from the Phoenix Police Department in December 2018.  Later in 2021, I worked for a short period of time for the Department of Homeland Security with the Transportation Security Administration.

i earned my Bachelor of Science Degree in Career and Technical Education and Master of Education Degree in Educational Leadership from Northern Arizona University.  I have extensive training in domestic violence investigations to include Train-the-Trainer certification.  I have provided domestic violence instruction for the Phoenix Police Department, various statewide law enforcement agencies, other city departments, the Arizona Law Enforcement Academy (ALEA), the Arizona Peace Officers Standards and Training Board (AZPOST), a network of professional constituents, and the general public.  During my time with the Family Investigations Bureau, I developed, coordinated, and instructed a domestic violence curriculum for evidence-based prosecution for the entire Phoenix Police Department Patrol Division.  I am a graduate of the Arizona Master Teacher Seminar and a member of the Adjunct Faculty Association (AFA).